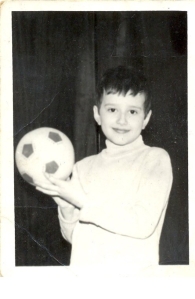 Alin in one of his stage costume:)

Every year around this time I began to mourn for Fanu, my little ten year old brother who died a while back. His B-day is in December, but fall brings a whiff of Fanu’s memory with it and my heart cries from such precious loss. To divert my sorrows, I think of my other siblings.

Second in command, he’s a boss in his own way:) A self made man and a brilliant engineer, his work in Germany is appreciated by many. But its his stage performances that define him for who he is. His love for music was know since early ages of his life. He performs on stage all over the world:) Beethoven is his favorite composer. Alin is a ball of mysteries and he loves it that way:) A natural born intellectual it’s a pleasure having a conversation with him on many subjects, but its his direct and honest opinions that puts a smile on my face every time we talk. He has a diplomatic way of telling you the truth about yourself, without the presents of butt kissing, living you hardly confused of his opinion. He’s a sensitive soul and the loss of Fanu (Alin and Fanu had a special connection the rest of us knew about), his heart fractured quite deeply. One day all will be healed.

Alin, makes me laugh in a way no other human being on this entire planet can do and I know Meleah has a special compartment in her heart reserved for uncle Alin. It is a common feeling many share about him.

His love of travel is well know as he often takes advantage of a nice vacation to go visit a new place on this beautiful planet.

Alin and I spent a summer in the hills of Moldova, at our great grandma, where out of boredom we got often in trouble. Come to think of it, it was my sense of adventure that got us in trouble often followed by his threats. One day, we forgot to close the gate and all great grandma’s chickens ran into the corn field. Panicked,  we recruited the help of her neighbor and the town’s well known drunk, but we couldn’t afford to be picky. The poor man, did a fantastic job mumbling instructions to us and after a highly stressful hour or so, we managed to bring back all the chickens. After words, as great grandma came back from the forest carrying a bundle of wood sticks for the evening dinner along side an apron full of freshly picked mushrooms (not my favorite) we acted as everything was well with the world. I’m not sure if the neighbor ever ratted us out, but I’ve never heard a reprimand from my grandma.

Yes, we were quite the pair and Sergiu joined our gang soon after.

Back home I was the cook and Alin was the baker. Boy was he a great baker. He could whip a chec (like a sweet loaf of bread) in no time, but “ciocolata de casa” (homemade chocolate), was and still is his favorite desert. He also loved a piece of bread with tons of butter, and when I say tons I mean tons, and honey. He pretty much lived on that.

I miss Alin every day, but I’m really glad he’s doing so well and one day I’ll get to see him again:)