“He prepares a table before me in the presence of my enemy” Psalm 23:5

I sit now in the front of this computer and my heart is soaring above the past shadows of a painful past, thanking God that he allowed me to see the other side where life is beautiful, pain-free and precious. I see the table he prepared for me in the presence of my enemy, as if to say; my mark of favor over her is unmistakable. I not only seeing his favor but I have the privilege to feel it’s joy and taste it’s flavor. Well, we’ve been blessed so much lately and it’s all due to faith, perseverance, love, family and God.

My daughter just got accepted into a great college and got a scholarship to help with tuition, my eldest son got a great job and my youngest boy loves his new school. Chet and I love living our lives in Seattle more than we imagined possible. We look at each other  aware of what a blessing every moment together is. The privilege to be close to each other, to experience new things and to laugh again. Life is truly good. I remember a little over one year ago, both unsure if I would make it, dreaming of this very life we now live. I imagined this life back then and held on to this dream even when my body wanted to give up the fight. I kept on imagining this life and now, here we are living it, grateful every day to God.

And with this thought I leave you tonight: If you’re not on the other side just yet, if you’re still in the midsts of pain keep holding on to your dream and keep on fighting until you make it to the other side. Maybe one day we can meet and chat about the goodness of God. Have a great evening:) 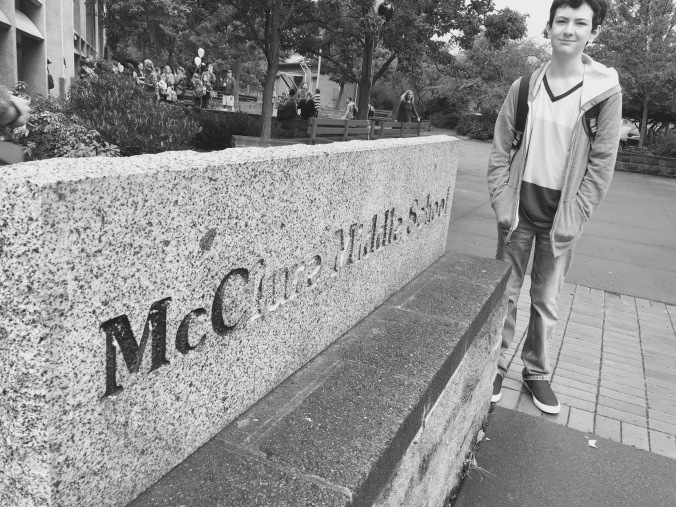 Today I had another follow-up appointment. The verdict? Continuing on the malaria IV, and few new supplements introduced, but overall we’re seeing the light at the end of this long, dark tunnel.

The Lyft rides were interesting today. On the way to Bellevue, there were two passengers, me and another girl, that was moving back to Oregon on the 17th, than a month later moving back to her native home, Uruguay. The driver was pregnant with her first child, a baby girl, and her ex-husband was Romanian. Well… Let’s move on:) On the way back, I met a nice man, named Kevin. The poor guy had his second heart attack on July 19th and spend his B-day, the 20th, in a coma, flatlined three times, but made it. He’s still somewhat weak, still recovering and feels that his heart got damaged this time. However, his love for music is infatuating. He sang in the car harmony to the background of one of his songs playing on the CD player, and his voice was awesome. It’s as if I got my own concert on the way home. Since a tube was down his throat during his three-day coma, he could no longer hit three top notes and was worried he never will. But seeing the near tears in his eyes every time he sang his songs I realized I saw a man in love. Not with a woman, but with music, wich somewhat explained his single status.

On a different note, we’re moving again. Same building, same floor, but all the way on the other end of the building:) Have a great day!