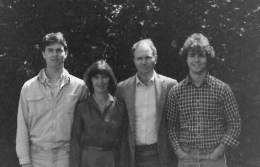 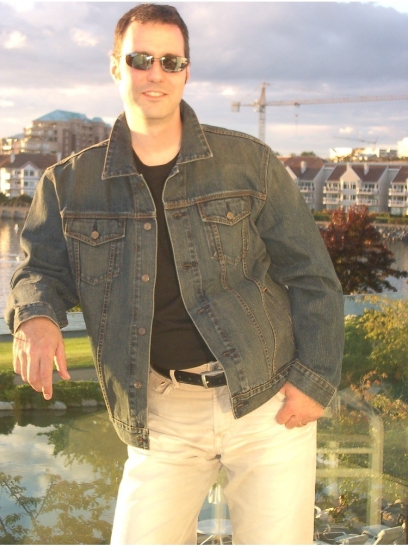 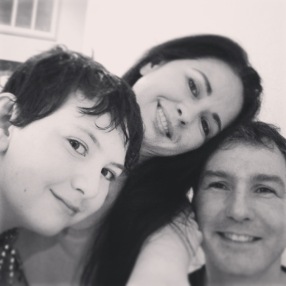 Meant to be a Jill (his mom though Chet was going to be a girl and both parents were very surprised when Chet turned out a boy:), Chet was born in a young family of three. His older brother, Mark, is his only other sibling.

As a young boy Chet was very cute and his sweet personality was a breath of fresh air. His childhood was a normal one, shadowed now and then by his older brother’s teasing episodes. From an early age, Chet became fascinated with comic books, motorcycles and drums. As a result he began played drums in 7th grade, worked and purchased his first motorcycle at the young age of thirteen and owned a few nice comings books which he read often, loosing himself in the fascinating world of superheroes.

As a teenager he was extremely shy when it came to his interaction with the opposite sex and kept busy with his small gang of friends; John Adams, Mike Swanzey and Jeff Reid, getting in a bit of mischievousness.

After high-school, Chet moved out of Kingston and lived with his grandfather, Charlie, in Seattle. He had a series of odd jobs, some lasting only two weeks. At the age of nineteen Chet became a believer and wanting to be prepared for the mission field, in case he felt a calling in that direction, he moved to Bremerton where he began working in construction for couple of years. Not cut out for construction work, Chet moved back in with his parents, worked for Puget Sound and continued his collage night classes education. During this time he saved a good amount of money intent on going into the aviation school then career, but the start of the Golf War in 1990 put a stop to that dream.

His brother, Mark, who just graduated from film and video college pulled him into a new direction- a career in film and video production. Together they began a small business, that took a while to get off the ground.

In 1993, Chet got on a plane to Romania as a videographer of a local missionary team from Bainbridge Island leaded by John Stabb and met me, Carmen:) Six months later he returned to Romania, we got married and came back to America in October of the same year. Together, we had three children: Merrill, Meleah and Alex. Chet had a few jobs but slowly prospered in his film and video field, specializing in video editing. Today he works full-time at Amazon as a video editor and he absolutely loves it.

As a family man he moved around quite a bit, and settled in Seattle for the time being.

As a father, Chet is fantastic. His patience and common sense have been a God sent blessing and he absolutely loves spending time with his children.

As a husband Chet is the best. His patience and understanding helped me get over some part trauma, something I’m sure wasn’t easy on him at times but Chet was committed from the moment he said “I do.” He still owns comic books, a motorcycle and loves playing drums (even if not as often as he would like) and we have a great life together. To me Chet was absolutely God sent and I love spending my life along-side him. I absolutely love his dimples when he smiles:)

Today, is Chet’s B-day!!!!! Happy B-day my love and I wish you all the happiness in the world. The other emotions are more private and meant only for him;)

Thank you God for blessing this world with such a great man like Chet McKnight, and I know I speak for my kids and all the people that know him when I say: Chet’s a really great guy:)